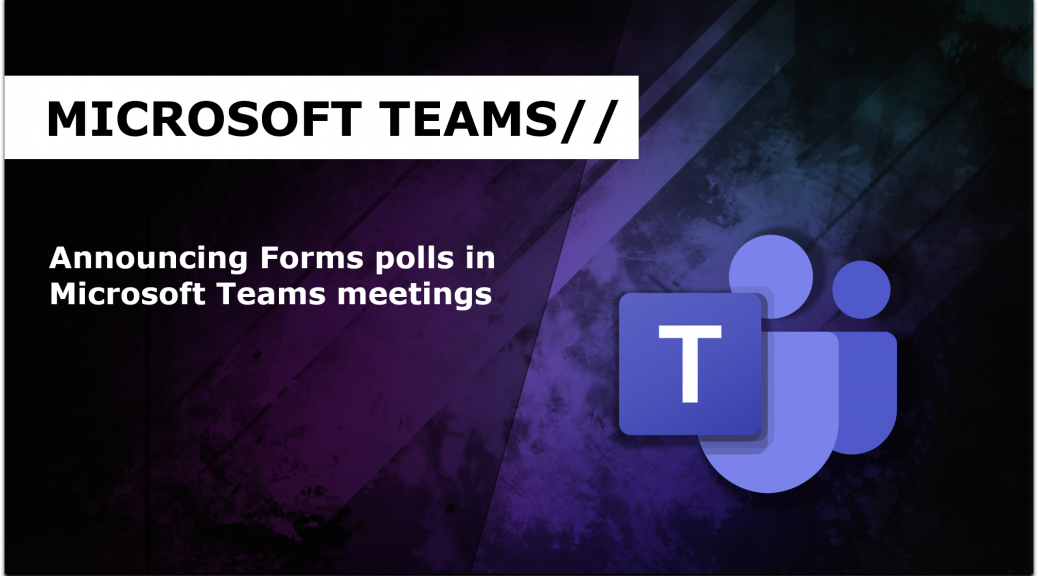 Microsoft will be adding the ability for any presenter to initiate a poll using Microsoft Forms while being in a Teams meeting.

You will need to make sure any users that require the functionality of creating or launching a poll has the presenter role for that meeting. This can be set in the meeting options prior to the meeting or you can change an attendee to a presenter during the meeting.

Microsoft Teams admins have the option to turn of meeting polls in the Teams admin center.

Roll out of this new feature will commence mid-November through to early December. Check the Microsoft Roadmap ID 68837 for more updates.