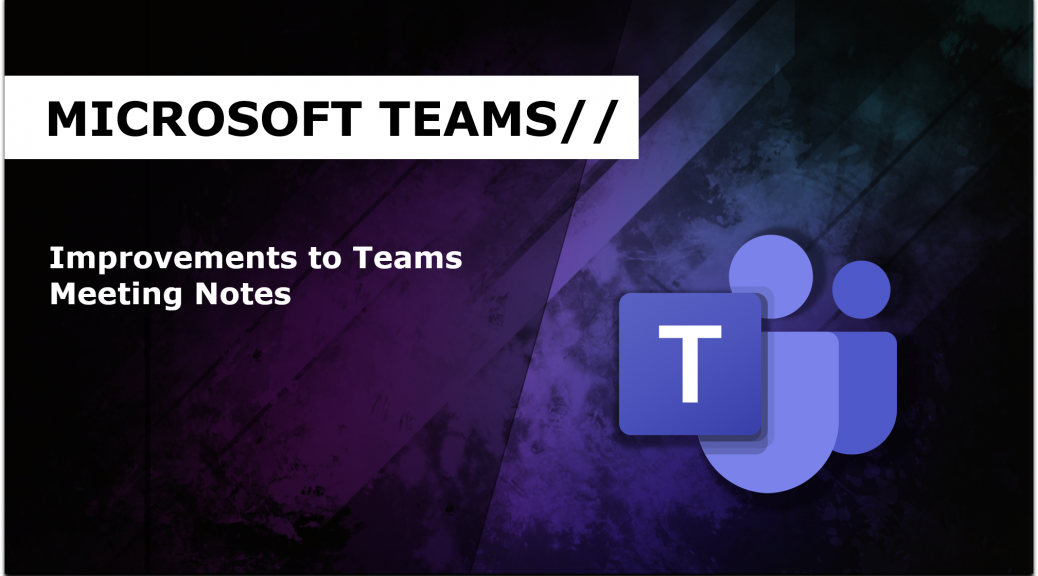 Microsoft are now rolling out a few improvements to the Teams Meeting Notes feature. If you have used meeting notes previously, you may have discovered a few restrictions when trying to use them. Previously there was a 20 person limit, if the meeting had more then 20 people attending, the Meeting Notes feature wouldn’t be available. If an attendee joined a meeting late and the notes had already been created, then that attendee wouldn’t be able to access the notes.

Microsoft are now increasing the limit to 100 participants and if a participant joins a meeting after the meeting notes have been created or if they are the 101st person to join the meeting, they can request access to the meeting notes in a single click. This still doesn’t give the seamless access we all want, but at least it is a move in the right direction.

Standard roll out is happening now so you should see this today. Check the Microsoft Roadmap for more details.